If last Sunday was not already a day of rest, it would have been declared a holiday. Everyone referred to March 25th as “Mad Men” Day and the world was silent and still for the two-hour premier.

Ok that’s not the case, but it was still a big deal. Such a big deal, in fact, that it received its own themed Uncorked, Unwrapped post. I am sure everyone thought I would do a Hunger Games post, but I am not that predictable (also, it really does not seem appropriate….so I do not volunteer). Although Katniss does get totally drunk in the next book….so there is some potential.

But I digress. Let’s start this party. 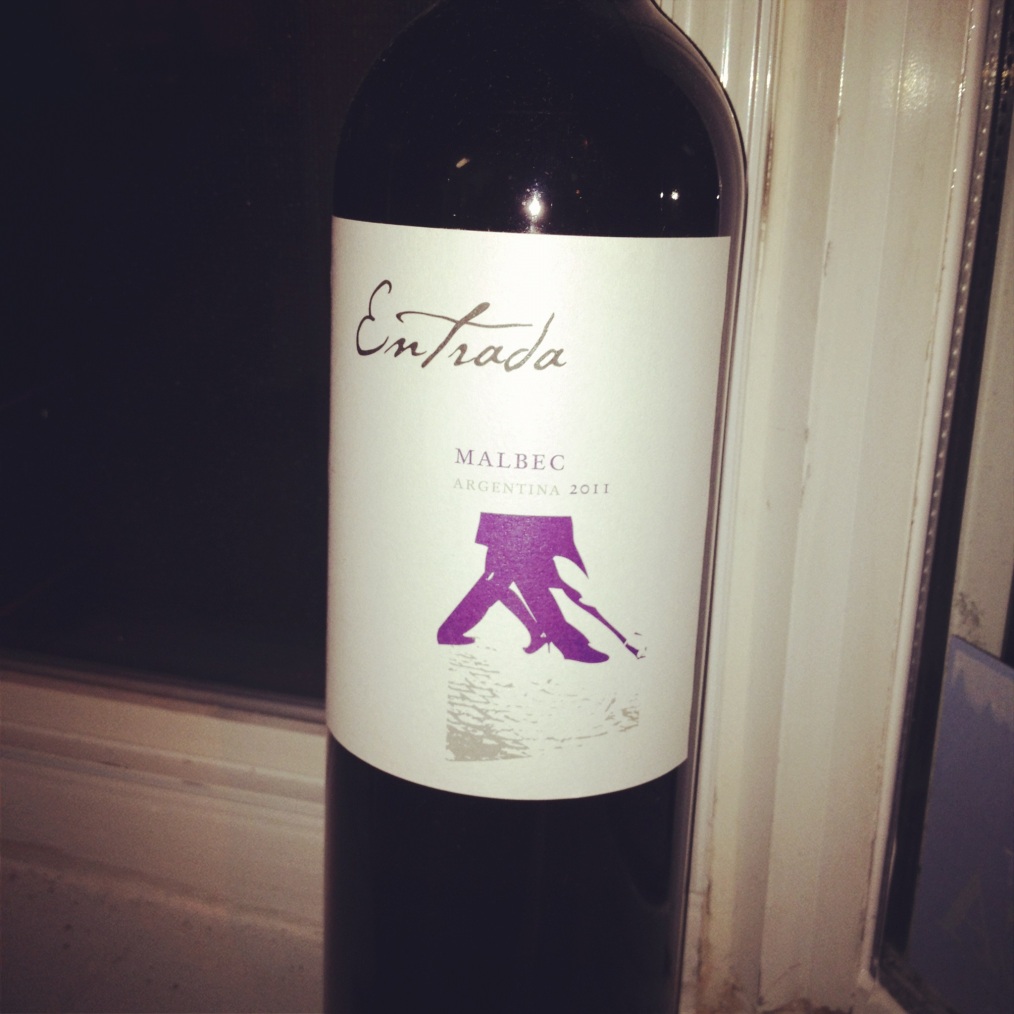 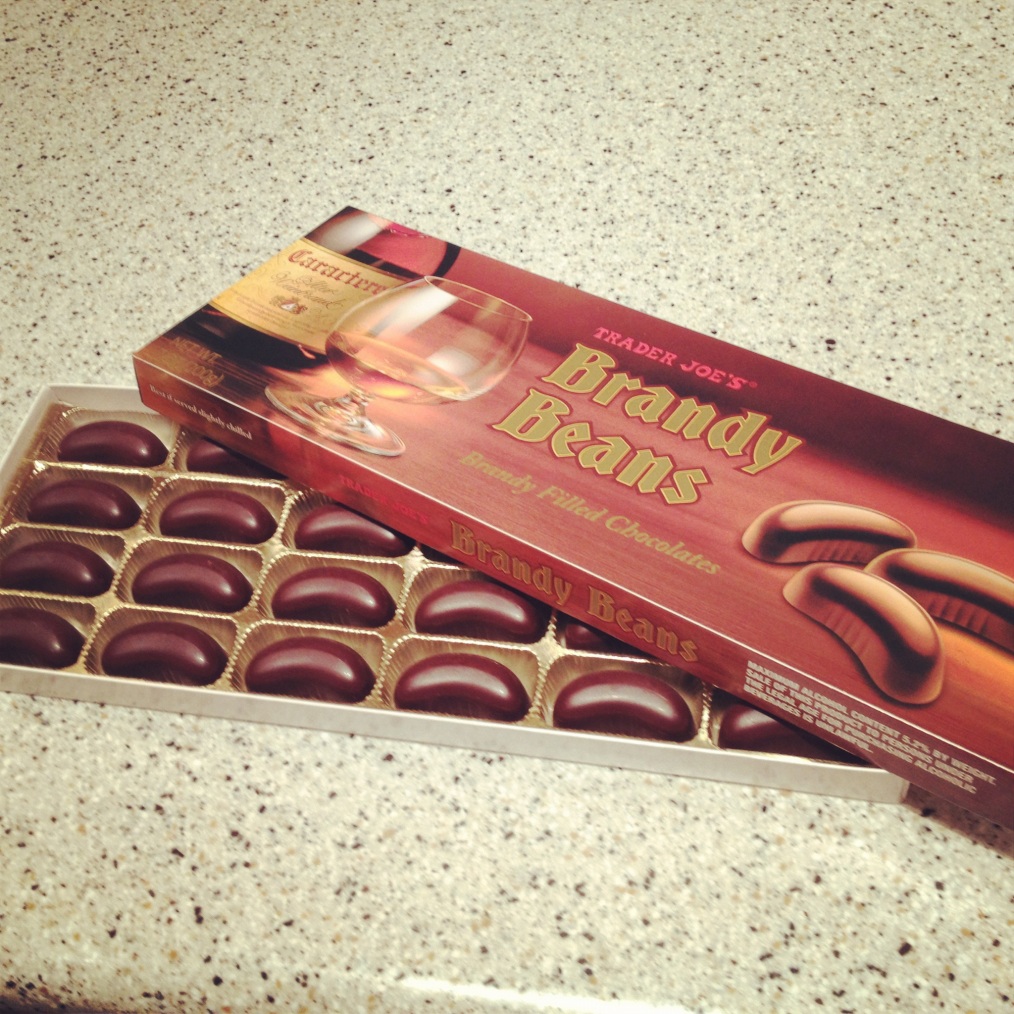 Fact: I was carded for these

I’ll admit–I did not know how to approach this one. I was at a loss in every which way. I don’t think we really see Don get hammered on wine that often…or really anyone for that matter. In fact, all the liquor in those little glasses is usually brownish in color. Maybe wine is had at dinner, but that’s like water to those men. I mean, they drink martinis for lunch.

To find a candy, I looked at all their accounts at Sterling Cooper Draper Price and did not see anything like Mars Bars and there really isn’t any 50s/60s era candy…is there? After asking the boyfriend, he suggested liquor filled chocolates. Now, liquor-filled chocolates seem so innocent (kind of like the 50s amirite?) but are actually quite potent. They’ll make you a bit tipsy if you don’t take them seriously. I figured this would be the ideal treat for ole’ Don. But wine…I had no idea. I just chose the Malbec that came with the Groupon wine deal I had. I did put some thought into it, but only to the point where I knew a red would be better than a white. 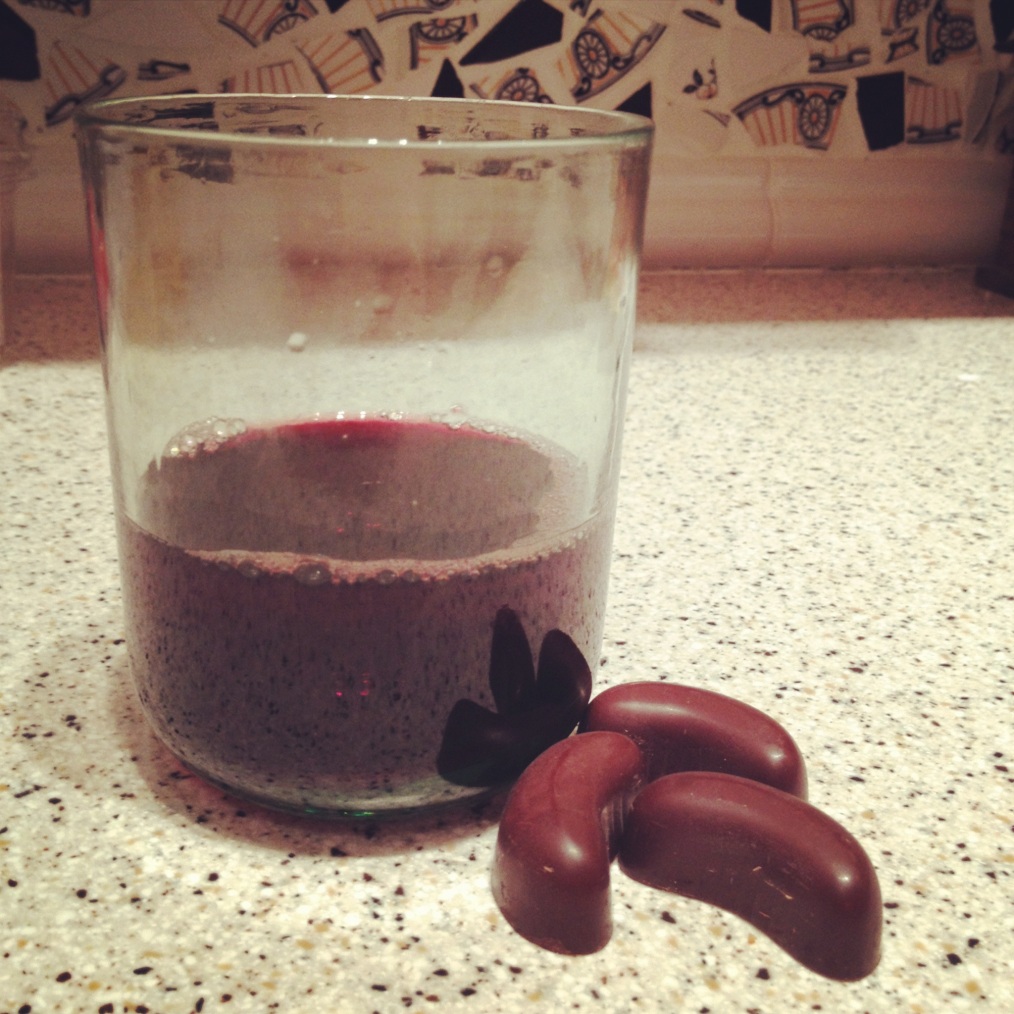 I took one sip of this wine and thought, this is not what a Malbec should taste like. My second thought was, how the hell did I get to this point where I know that? What the hell is my life?

Entrada is not a brand I would recommend. It is a bit too sharp and tangy, which is fine, but not a Malbec attribute. It goes down alright, but it did not have that velvety feel and rich flavor I associate with a great Malbec. If you want to try this brand, open it, pour it, and let it air for about 10 minutes. It starts to get its flavor and matures a bit.

The brandy flavor in the chocolate shell alone is astounding. The minute it touched my tongue, I knew this would be intense. Cracking its chocolate shell releases a flow of sweet, rich brandy chocolate. I imagine a dense chocolate cake witha  brandy glaze would taste like these babies. Don would certainly approve, because the taste of liquor is very prominent.

Surprisingly, the wine made an ok performance paired with these puppies. It cleared the palate before the brandy deluge. It contrasted the candy perfectly, since it did not have the heaviness of a Malbec. It aslo was not sweet, which the chocolates certainly were. Overal, this pairing did ok. These chocolates I would recommend, but I do not give a vote of confidence to this wine. If it is a bargain, then go for it, but in terms of Malbec…I give it a hardy “meh.”

We will be redoing mint next week due to some inspiration from this blog who recommended pairing a port with Thin Mint. Check out the other pairings with Girl Scout cookies. A true genius.